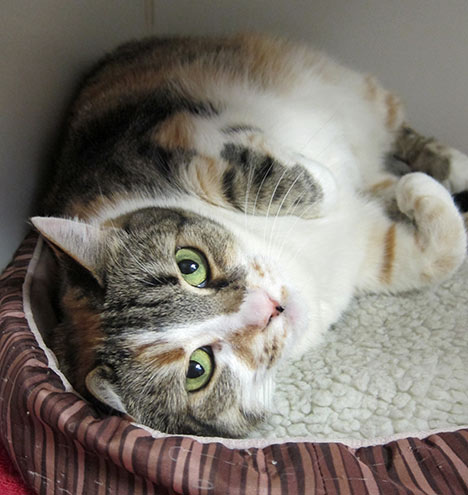 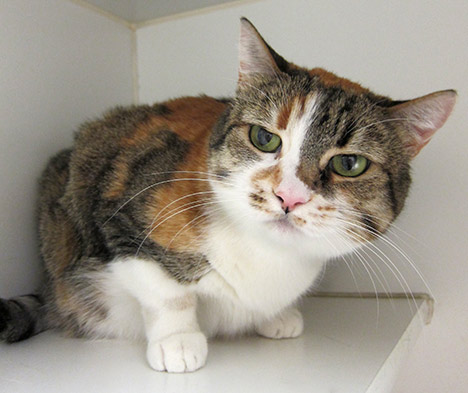 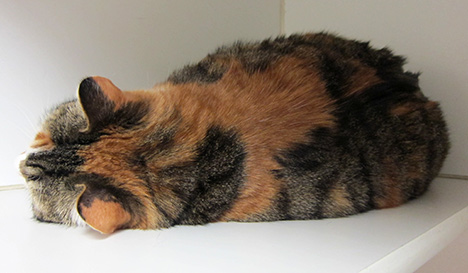 She has calico patched tabby markings. That combination, according to wikipedia, is called “caliby”. What ever it’s called, she’s beautiful.