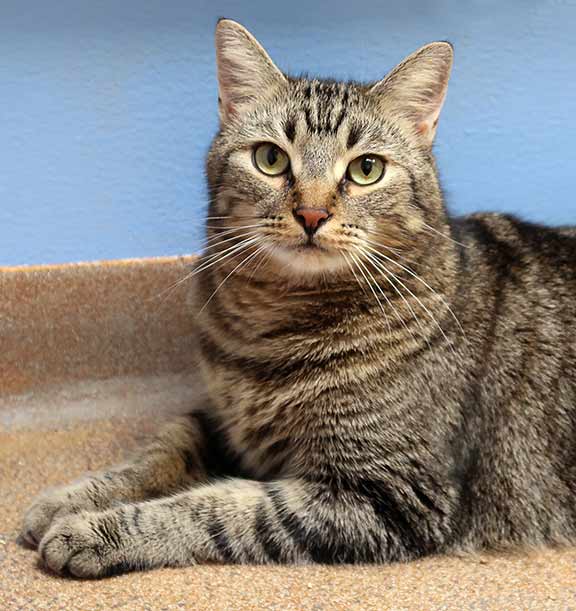 Two years ago, the last time we saw Sharky, he was an adorable playful kitten.
He was adopted, but then a few months ago he was returned – as a gorgeous fully grown and extremely angry cat. 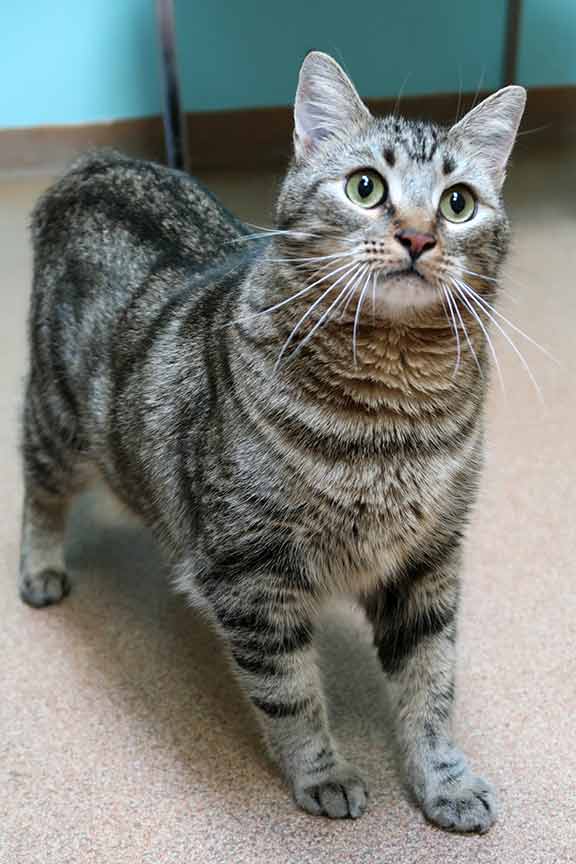 His family claimed that they were returning him because of his aggressive behavior.
After a period of adjustment at PAWS, Sharky responded to the kindness of staff and shelter volunteers. He remembered that he liked people.
The only aggression we saw after that was directed toward feather toys! 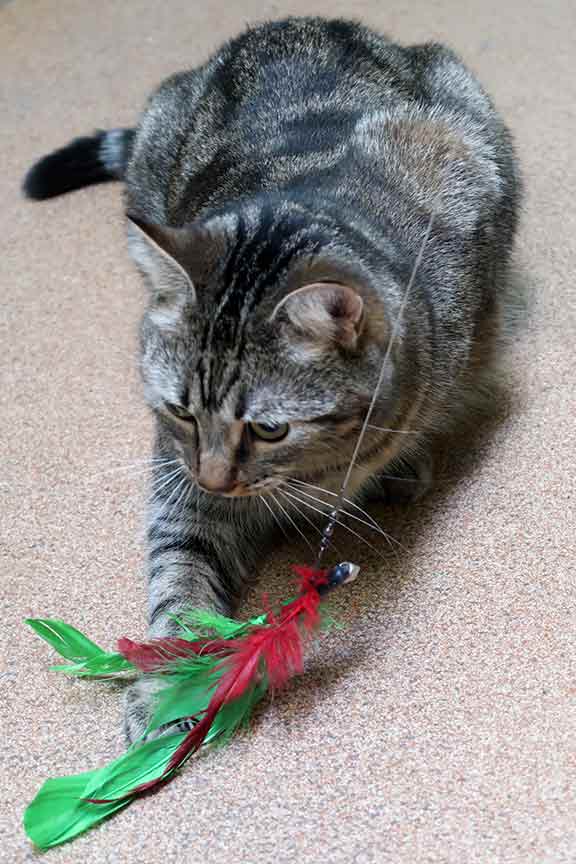 Sharky is an enthusiastic hunter. 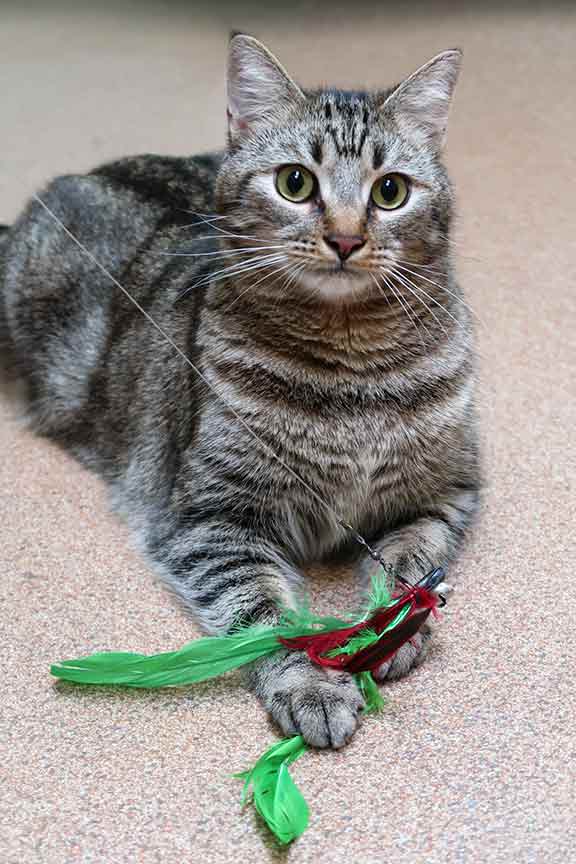 Friendly young Sharky would be most happy in a home where he’s the only cat.
Please visit him at PAWS.