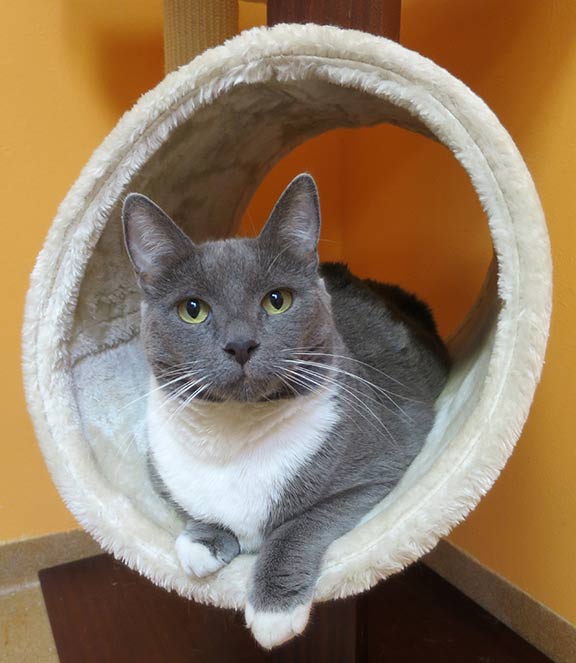 Naomi was returned to PAWS last Fall because she fell in love.
She was adopted by someone who was seeking a companion for their shy cat.
This should have worked out fine, because Naomi gets along well with her feline roommates at the shelter… 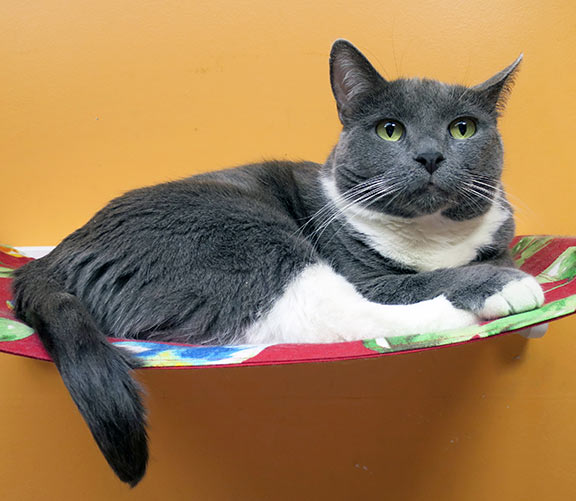 Unfortunately, when Naomi became very attached to her new person, she became aggressive toward the the other cat! Sadly, the adopter was forced to bring Naomi back to PAWS. 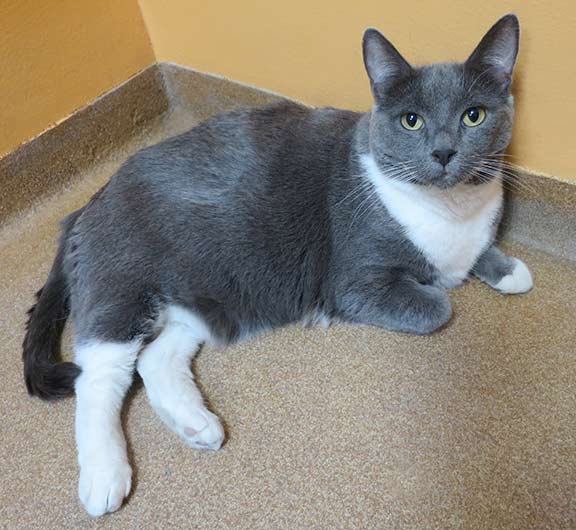 This big hearted kitty needs a person to call her very own.
That person has to be patient, but we know Naomi is ready to love again.