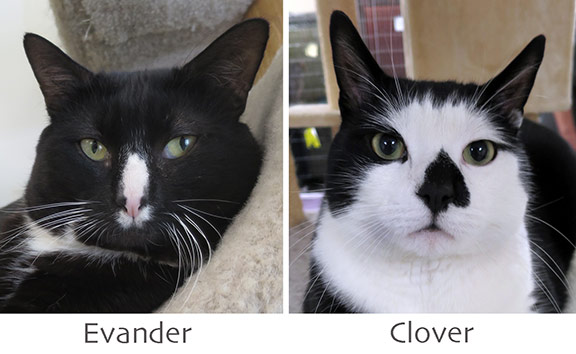 Beyond just appearance, there’s a lot to love in these two cats. 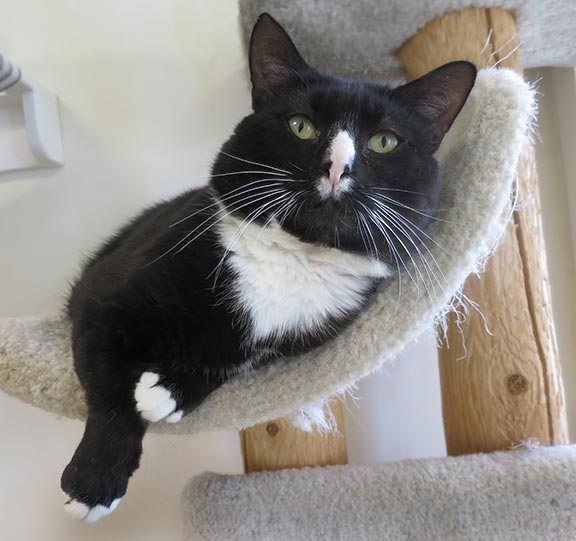 Evander came to PAWS as a stray, but at some point in his past he certainly learned to love people! Besides being voted Most Likely to be Mistaken for an Owl, he might be a contender for Most Affectionate. 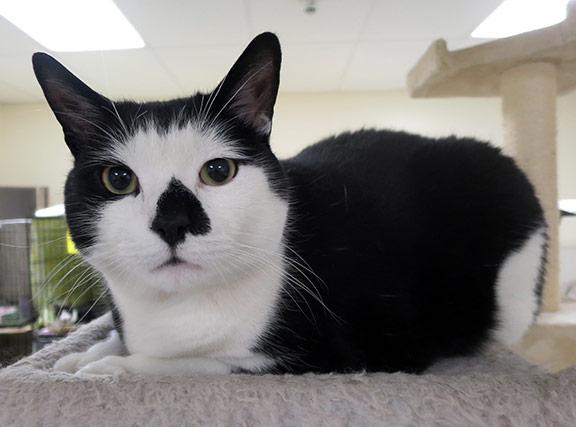 This is Clover’s second stay at PAWS. His people adopted him two years ago but brought him back recently because of allergies in the family. A volunteer said of this friendly guy, “He will offer his tummy to rub in a heartbeat!” 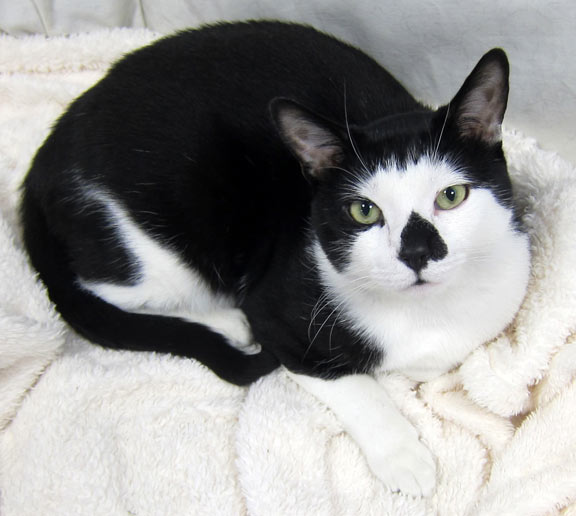 This is Clover (formerly know as Jeter) in 2014 – the first time he was at the shelter. We all hope Evander and Clover’s stay at PAWS will be brief and their new homes forever ones!