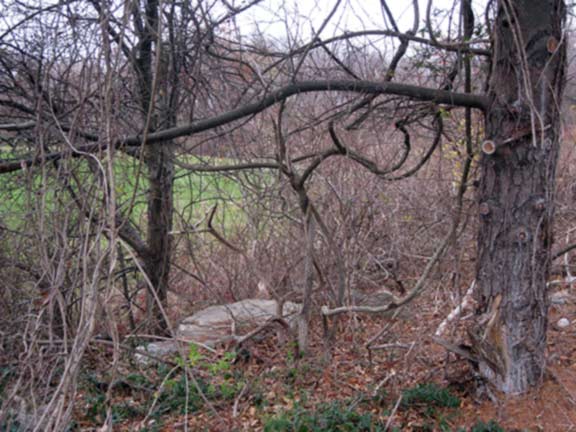 Once upon a time (five years ago), a momcat and her kittens lived along this patch of bushes and brambles between a fairly busy road and a dog park.
A kind volunteer at PAWS named Brett learned how to set up a trap and made many attempts to catch the little family and bring them to safety. 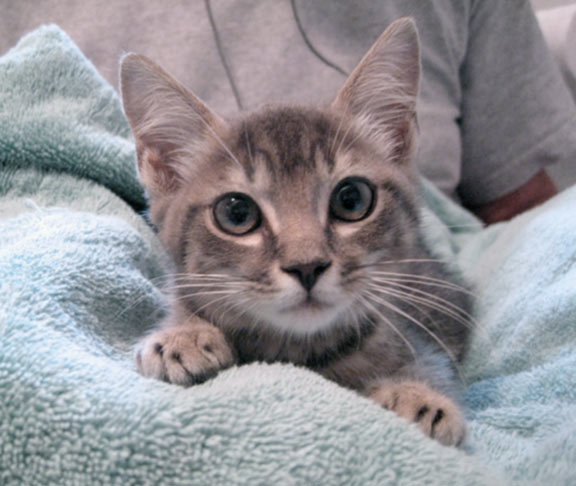 At nine pm August third 2010, we got the call from Brett: she caught a kitten! PAWS was full, so Rick and I agreed to foster until there was room at the shelter. He was about eight weeks old and two pounds underweight. Kittens can be a lot of work and this little guy was no exception. First he ate ravenously, and didn’t use the litter box for three days! Then he lost his appetite. Eventually his digestive system caught up with his new circumstances.

It wasn’t long before we realized this fostering thing wasn’t working out too well. Mickey Mouser only went to PAWS for his check ups and shots… and then we adopted him. 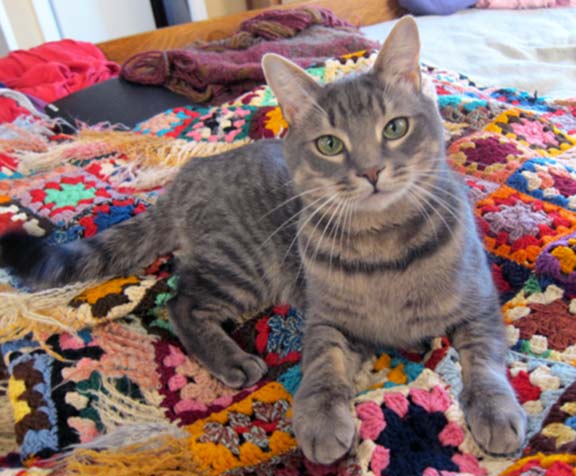 Happy Gotcha Day to us!