That’s four year old Merritt on top. If you are familiar with the East Coast, you’ll know that her name is the same as the historic highway called the Merritt Parkway. It’s not a coincidence. She was found by a PAWS volunteer dumped on the side of the road.
She gets along with the other cats in her room as long as they know who’s the boss!
Below her is beautiful Pewter. 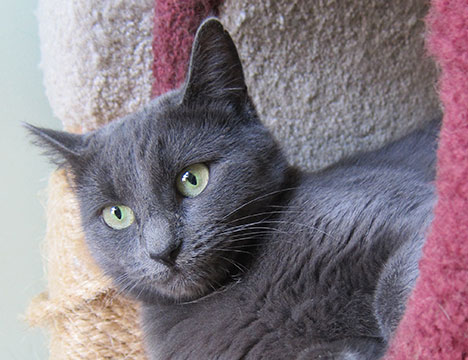 He’s already been adopted and will be celebrating his first birthday with his very own family.

Arthur Has Left the Building