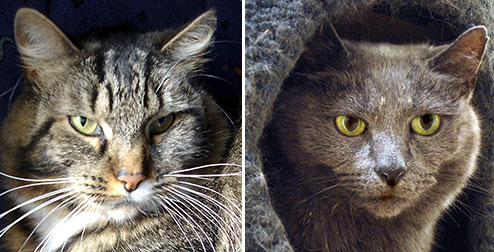 That’s Phoebe on the left and Bobbi on the right photographed in 2006. 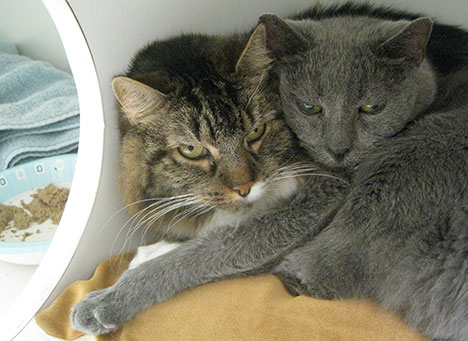 They’re back at the shelter again.
Phoebe is now eleven and Bobbi (renamed Zoe-Bob) is eight.
The good news is that they’re safe, and they will never be separated.

Lucy in the Sky with Diamonds